Christopher Crespo was born on January 17, 1990, and raised in Brownsville/East New York section of Brooklyn until the age of 13 when he moved to Woodhaven Queens. Chris studied at the High School of Art & Design in Manhattan where he learned a various amount of skills and techniques that he still applies to his art until this day. He now studies at New York City College of Technology, majoring in Advertisement and Graphic Design.

He’s used many tools to create his art which includes: graphite, charcoals, color pencils, water colors, oil paints, pastels, acrylic paints, and gauche paints. He is also proficient with Adobe Indesign, Illustrator, and Photoshop. His niche, when it come to art, would be illustration, however he also does fine arts, such as sketches, portraits, live model drawings and still life. On a digital aspect he also does graphic designs and graphic illustrations as well as character designs.

Chris started freelancing under the name CRAC Images in 2010 and in 2011 joined with fellow artist, Kahiem Archer, to start a graphic design firm which is still in its beginning stages of development. In Spring 2011, he decided to pledge Phi Sigma Chi Multicultural Fraternity Inc. In pledging and later crossing that summer, he hoped to increase his clientele and expand his networking capabilities to spread his art work to a whole new horizon. Adding to his repertoire, he now designs paddles, flyers, banners, and various bits of apparel for various Greek clientele.

Alongside his visual art, Chris is also a Musician. He is more comfortable with many percussion instruments which includes: conga, bangos, timbales, and drumset which is his main choice of instrument that he has been playing for 3 years. He has also studied guitar for a year in trying to expand his musical knowledge. Growing up with a father who is also a musician/singer/song writer, he has been exposed to various styles of music dating back to the 40s-50s all the way to current popular music.

His art is for viewing purposes only, please refrain from copying and sharing his work without his prior consent.
Tags:
Share: 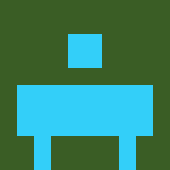 Welcome to the Alpha Blog!

I would like to take the time to introduce you all to the Alpha Blog.

Your email address will not be published. Required fields are marked *