F.S.C. WILL NOT STAND FOR or TOLERATE the MASS GENOCIDE of our people!!!!!

H. To direct members toward a consciousness of their lifelong responsibility of helping others.

As all brothers in F.S.C. know, it’s a part of our mission and our responsibility to help others. By others, we imply people of all cultures, but mainly those who are being perpetually oppressed both directly and indirectly. The deprivation of human rights perpetuated by belligerent officials and officers has, for a long time, been utilized to abuse and murder systematically impoverished peoples (classed as minorities) for generations. The time comes when “we the people” must take a stand against corruption in our society, as the power lies with the people and not their representatives. The U.S. Constitution for America, being the supreme law of the land says, in its preamble,

“We the People of the United States, in Order to form a more perfect Union, establish Justice, insure domestic Tranquility, provide for the common defense, promote the general Welfare, and secure the Blessings of Liberty to ourselves and our Posterity,…”

With that said, according to the constitution, which all officials in this country take an oath to uphold, the power to make change and revolution lies with, “we the people”. So “We” must unify, and stand together to hold our square against the oppression of the swarthy, dark complexioned, melanated, copper colored, African American, Black, Latino, Hispanic, Indigenous and other Foreign National peoples of the Americas.

It is sad that so many victims have fallen to these belligerent acts of genocide consistently throughout the last few centuries. Our most current unfortunate loss is of our fellow community member, George Floyd, another unarmed Black/African American man,who sadly has become a part of this same repeating narrative. Justice must be established, for if there is no justice in cases as blatant as this one there will exist no justice for similar cases in the future. We at F.S.C. support must support this justice through activism and want to empower our community to support justice as well. We DO NOT support or encourage our members to engage in, violence, looting or rioting as a sufficient tool to bring us results for acquiring justice for people like Mr. Floyd. Instead there are other methods to utilize if one wishes to support such justice.

How do we actively support justice for our people?

Protesting is usually the first option the people utilize to bring about change. If protesting is something we’ve always done; how come its results are of little value? Protesting used tactfully is a marketing tool that attracts people to your cause or movement and gets them involved; a call to action. Oftentimes after we get people to support our cause or movement in protest, there isn’t much action or implementation afterwards. So what are some lawful and legal actions we can use to support justice in these current situations both individually and as a group?

Understand that your right to 2nd amendment self defense/self preservation is protected by the Constitution, Religious Freedom, Common Law and even Public Law/Statutory law, Codes or Ordinances of the state you reside in. Here are some sources you can read for free online that can educate you on your rights against these types of damaging acts.

According to Justia.com “If the police officer is using force that creates a risk of serious and unjustifiable bodily harm, this amounts to the crime of assault or battery. As a result, you may have a right to self-defense when this happens, which means that you can use proportionate force to resist the officer.” https://www.justia.com/criminal/procedure/arrests-and-arrest-warrants/use-of-force-in-resisting-arrest/

According to Nyclu.org, “35.27 of the Penal Law. The purpose of that section is merely to prevent combat arising out of a dispute over the validity of an arrest and does not prevent an individual from protecting himself from an unjustified beating.” https://www.nyclu.org/en/publications/column-defending-against-police-assaults-self-defense-rescue-and-videotape-new-york-law

According to Title 18 U.S.C. Ss. 242, Deprivation of Rights Under Color of Law, “Whoever, under color of any law, statute, ordinance, regulation, or custom, willfully subjects any person in

According to criminal.findlaw.com, “The Supreme Court has recognized that “the right to make an arrest or investigatory stop necessarily carries with it the right to use some degree of physical coercion or threat.” However, the degree of coercion or force used must be proportional to the threat and escalate only in response to the threat. So, for example, in an ideal situation, an officer should use the following graduated methods to diffuse a situation:

In order to be considered reasonable and compliant with the U.S. Constitution, the use of physical force must stop when the need for the force ceases, such as when a suspect is successfully restrained or a situation has otherwise de-escalated. In other words, an officer isn’t allowed to punish criminals who no longer pose a threat.” https://criminal.findlaw.com/criminal-procedure/excessive-force-and-police-brutality.html

Together we are strong and divided we are weak. 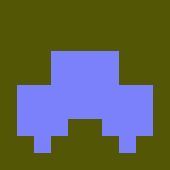 Christopher Crespo was born on January 17, 1990, and raised in Brownsville/East New York section of Brooklyn until the age of 13 when he moved to Woodhaven Queens. Chris studied at the High School of Art & Design in Manhattan where he learned a various amount of skills and techniques that he still applies to…

Take Back The Night

On April 17, 2013 the distinguished gentlemen of Phi Sigma Chi, walked along side students of New York City College of Technology in the fight against date rape and violence against women. Date rape affects one in every four people, there are several things you can do to protect yourself when you are dating: Do…